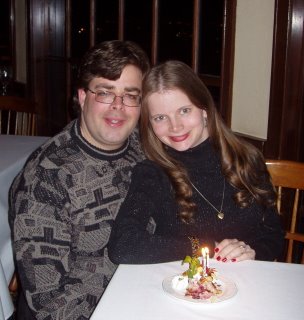 Greetings to you and your kin. We hope you are in good spirits, good fortune, good health, and filled with His peace.

It's been another big year for us and has involved some transitions. The most significant is that we found out that we have a baby on the way! That’s right – with our first child on the way, we’re now parents, though Kori is doing all of the work because, well, she is the one who is pregnant. Since the baby is due July 5, we’ve nicknamed him or her "Firecracker." We are so happy, and so far, Kori is handling pregnancy well. We had the most recent ultrasound session a few days ago, and there was the baby, beating heart and all (which we heard for the second time), waving, kicking, and looking like he or she had the hiccups. Many of our friends had their babies arrive this year or found out that they will be welcoming babies next year, too. 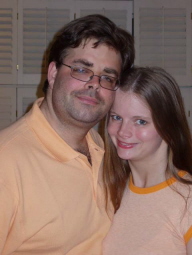 As for work - two of my (Ken) coworkers who’ve become good friends - True and Marina - left Public Works for another County of Los Angeles department, and some of our other coworkers left as well. I was already looking for a promotion inside or outside County government, but this heaped additional motivation on my search for other opportunities - it just seemed like the right time. At the urging of my two friends, I applied for a position with the County Department of Agricultural Commissioner/Weights & Measures (ACWM). ACWM was looking for someone to pioneer their Public Information Officer position. There was a long selection process that culminated with a two and half hour interview with the Director of ACWM, and at the end of it, he offered me the position. So, in late October, I finished packing up at DPW one day, and started at ACWM the next. It has been going well. 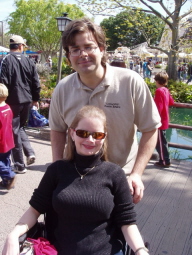 Meanwhile, Kori went to work for Long Beach Miller Children's Hospital (at Long Beach Memorial) for a 13-week contract, working four 12-hour overnight shifts a week. That meant there would be days at a time when we would literally not see each other. She enjoyed her time there and worked with some great people. For most of the year, Kori was still on the books at her previous employer - the one we’ve been having a dispute with since June of 2005 because, after four and a half years of being a great nurse for them even with her disability, they’d suddenly raised issues regarding her disability and wouldn’t let her work. A full day of mediation this year didn’t resolve the situation, though Kori handled the day with poise and strength. Later, they made a tactical offer to bring her back as a secretary - which was odd, considering they’d cited her speech as a reason to prevent her from returning to work. Turning down their offer allowed them to formally end her employment with them. We’re heading to arbitration. 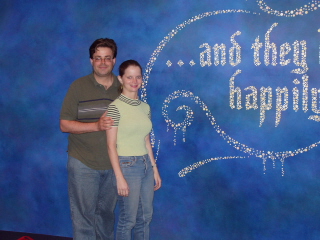 To celebrate the anniversary of our first date, which falls near Valentine’s Day, we went to Las Vegas for a weekend. We enjoyed time with our friends the Wests and the Ippolitos - both families were gracious enough to let us crash with them for part of the trip. I surprised Kori with tickets to KA at the MGM Grand.


Bob and Julie got married April 30th, and I had the honor of being Best Man. Bob and I first met as teenagers who were both trying to figure out how to be first on the under-construction Splash Mountain at Disneyland. There were a lot of weddings this year, and we would have attended all of them if only we could! The ones we were able to witness were all beautiful and moving.

In early June, we went back to central Illinois - which we’ve done every year we’ve been together - this time to the Peoria area for my maternal grandfather’s funeral. He had been in fairly good health heading towards his 90th birthday, but felt like he’d lived too long, especially having lost Grandma almost two years prior. After several weeks of failing health, he passed away, leaving behind reassurance to us that he’d lived a full life. After that unplanned trip, we took a planned trip in the later part of June to the greater Dayton, Ohio area to see my dad’s side of the family and attend the wedding of my cousin Chris and his bride, Alex. I hadn’t been there since 1997, and it was great to see uncles, aunts, and cousins and for Kori to meet everyone. As a couple with a marriage that is still just starting out, it was great to witness another wedding and to talk at length with Uncle Bob & Aunt Sharon, who’ve now been married for over 50 years!

In August, we lost our friend Carlo after he fought hard against cancer for two years with True’s help. About a month before his funeral, we attended his wedding to True - the wedding being an example of how he and True lived life to the fullest in the face of his battle. This young man’s life-prolonging fight and his upbeat attitude, and True’s strength and caring were touching and inspiring.

There were a few other events of note - Kori’s ten-year high school reunion was in August; October brought a difficult session of jury duty for her; our second wedding anniversary, in early December, was kicked off by seeing The Lion King at the Pantages. I stood in line to have "Weird Al" Yankovic sign a copy of his latest Al-bum, though I’ve met him and had him autograph stuff at least a few times before. Other than all of the things I’ve discussed in the letter, life continues as usual. We’ve enjoyed having our holidays together for the past year and a half without me working the Disneyland job anymore. We continue to visit Disneyland with our annual passes, which are a little more expensive than free! Homecoming, our church-based group of friends, has been a great place to see babies on a weekly basis. The annual Keel Family Christmas Party went well. I haven’t been doing as much freelance writing as I’d like (TheDisneyBlog.com and LaughingPlace.com), but I hope to get back into the rhythm of that before the baby gets here. Kori bought me a nice headphones-and-microphone set so that I can now provide an audio version of my writing for those who’d prefer to listen more than read. 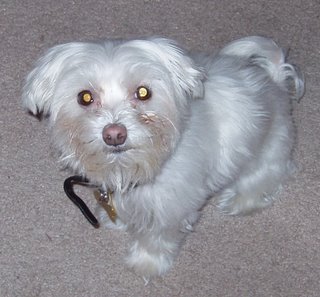 It is nice to have family and friends with whom we can share everything. Thanks for being there for us. Please keep us updated on what you’re up to. We hope 2007 will be a great year for you.