Okay, okay, so it has been way too long since we’ve updated this blog. My excuse is also the reason we should have been updating the blog more frequently – our two precious little darlings.

Now that I think about it, there really isn’t much to say. It’s the pictures we have to share. As much as we were wallflowers before, we have been even more so now. Mommie and baby need a lot of time at home resting, if not sleeping. There’s the lack of sleep, the high-energy-crying-at-the-top-of-his-lungs, the diapers, the feedings… not much time for anything else, really. Ah, parenthood.

While I was still taking time off from work, some of the folks at the office threw us a mini baby shower of sorts by taking all of us out for lunch at Claim Jumper. Grandpa Pellman joined in. That was so sweet of them. 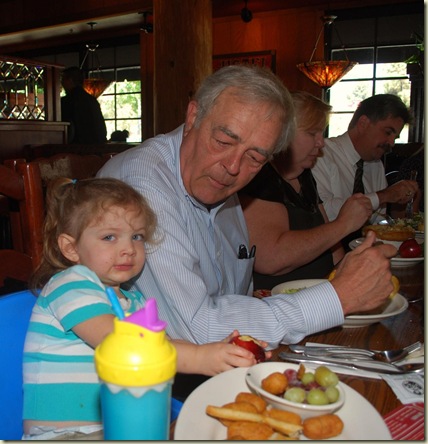 Other folks at the office, as well as friends and family, have also made quite a fuss over Kyle while also including Keelie. Thanks to everyone – your thoughtfulness has been heartwarming. I truly didn’t expect anyone to make a fuss over the birth of our second child.

As any parent of more than one child can confirm, they demonstrate different personalities from birth – or even before. One of Kyle’s traits is that he just LOVES his car seat. See? 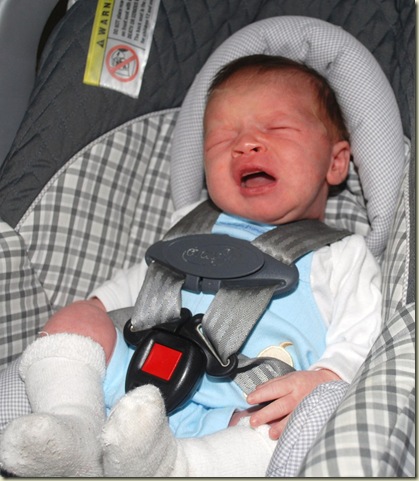 He’s about three weeks old in that picture. For comparison, here’s Keelie in the same car seat at about six weeks or so… 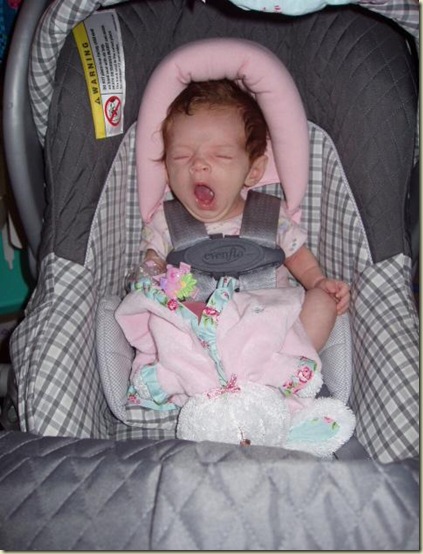 Another difference is that Kyle will let us know if his diaper needs to be changed. Keelie didn’t care.

Keelie has been friendly enough to her little brother, who has certainly changed her life. She briefly toyed with the idea of joining a monastic order, as you can see in this picture… 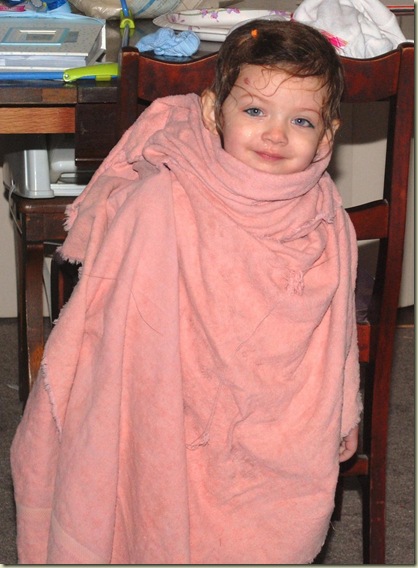 Kori is tired but happy. 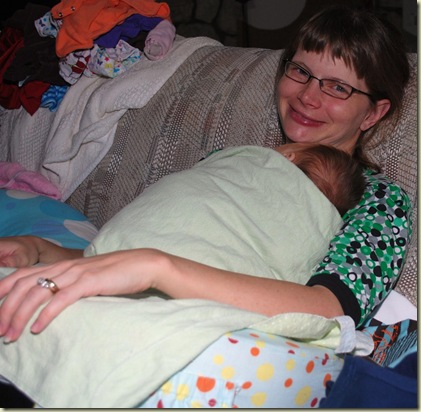 Unlike his sister, Kyle took well to breastfeeding. He’s definitely packing on the pounds.

Kyle has had his first Disneyland trip, though it was a short one. Here we are getting ready to enter Disney’s California Adventure with Nanny, who can’t resist feeding Keelie. 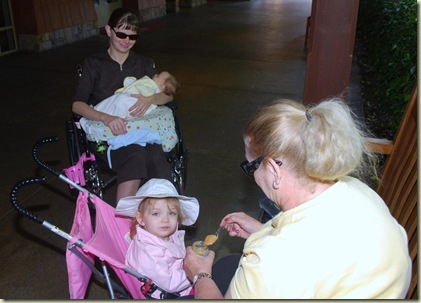 Keelie loves to run around and climb at the park’s Redwood Creek Challenge Trail. 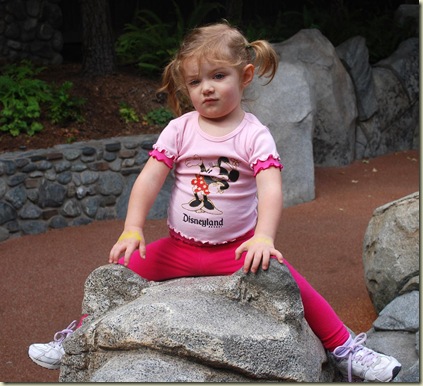 Puma and Granddaddy have had us all over for dinners, as usual, where Keelie keeps her grandparents, aunts, and uncles entertained. 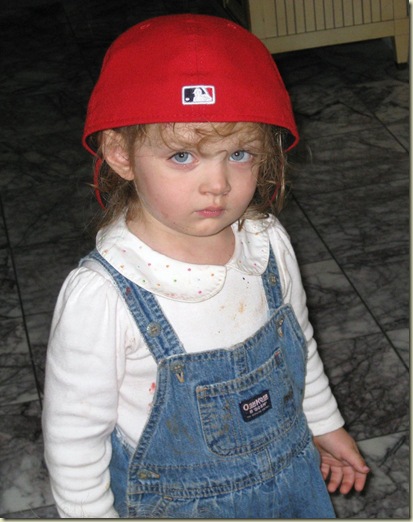 I’d like to get more shots of Keelie’s beautiful eyes and smile, but she will often squint when she knows a photo is coming, and drop the smile.

We’ve been able to make one trip to Pasadena to see my side of the family. Here’s Kyle looking up at his grandmother. 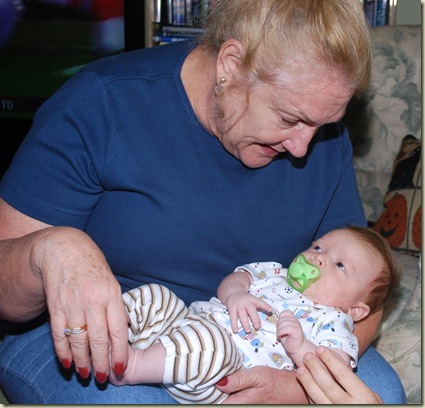 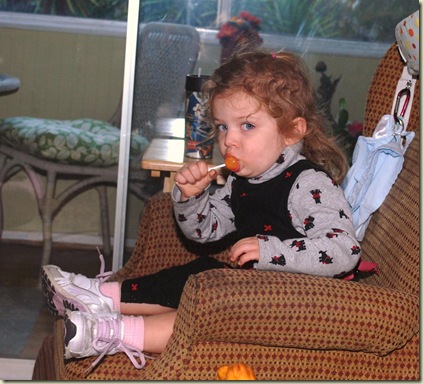 Kyle in a milk coma after a feeding… 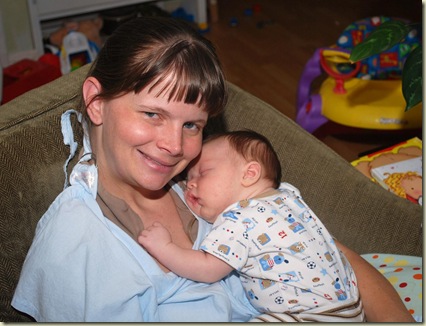 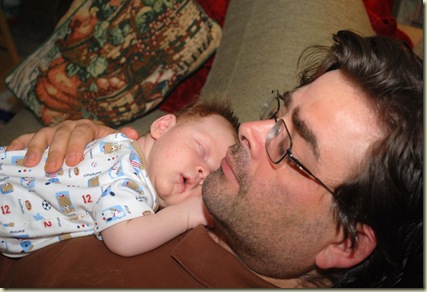 The kid gets the hiccups frequently, which is no surprise, since he had them often while still in the womb.

Ah, such a little cutie… 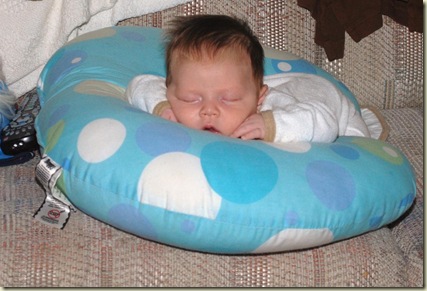 We finally made it back to one of the monthly get-togethers at Hometown Buffet the other night, to see some of the people I used to work with at Disneyland.

I try to get Keelie out and about to get her some exercise and a break from her screaming brother. With the days shorter, I don’t get her to the local park as often, but I have been taking her to walk around the Disneyland Resort, spending more time in Downtown Disney than anything else. Fairly regularly, on one of my days off, I’ll take her to the resort to play around and meet up with Nanny.

Keelie continues to be a big fan of Oswald, Signing Time, and Elmo/Sesame Street, but has also added Clifford the Big Red Dog to her viewing demands.

Well, that’s it for now. Thanks for stopping by and reading. You can comment here, or e-mail us at KEPellman [at] yahoo [dot] com.

Posted by Kori and Ken Pellman at 11:43 AM No comments: