May We Update You?

It has been a long time since our last update, so if any of you have found yourselves unable to function due to the lack of updates, then I apologize.

Life has actually been mostly mundane, which is good. We were all under the weather recently, unfortunately, and we got killed on our taxes due to some one-time events last year, but other than that, things are okay. Kori is great at finding ways to stretch our dollars, and will literally shop around.

The biggest news is that we found out that our second child is a boy! Keelie is getting a brother. We also found out that her cousin, due mere weeks before her brother, is a girl. Kori is mostly handling this pregnancy well, and I sure do like the way she looks. Yowza!!! She doesn't like some of the side effects of pregnancy, but she hardly complains. 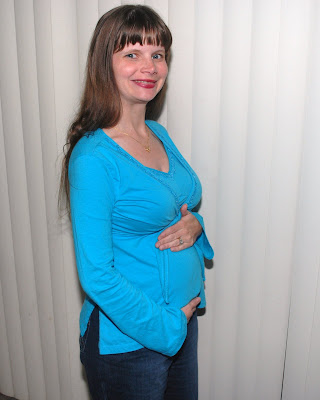 Keelie keeps growing and keeps learning new things as she should. For example, she lets us know when she needs her diaper changed and why. We'll hear this soft "diaper wet" or "dirty diaper" in the midst of the other stuff she'll be saying to us. We're close to trying potty training again. She continues to enjoy water in general... she likes drinking/spilling cups of water on herself, she wants to snatch the garden hose from my hand, she likes showers, baths, wading, and swimming. She is also quite the adventurous kid... a budding daredevil. She has been taking some "gymnastics" classes for kids her age – just about 45 minutes per week. She does enjoy them, but she hates waiting her turn to do things. It's now a habit for Keelie and I go to on walks around the block, and she likes it. She'll go so far as to bring my shoes to me and try to get hers on, to get the walk started.

Keelie has discovered Sesame Street, especially Elmo's World. This is in addition to her obsession with Oswald and enjoyment of Signing Time. She now asks to watch specific episodes. I need to get her hooked on Disney animated features.

As for Kori and I, we we've been watching American Idol, Survivor, and Celebrity Apprentice together, and The Soup, which, unlike the others, runs year-round and is on basic cable. Celebrity Apprentice has been the longest two hours on television every week. If they really need more than an hour, they could still keep it down to 90 minutes... but I guess then NBC would have to find something else to fill that half hour.

On the home improvement front, I planted an avocado tree in the backyard and a shade tree in the front yard – both were delivered by the City of Anaheim. I hope they live. Our front yard really isn't much of a yard at this point.

We continue to spend some time over at the Keel house, where Keelie loves seeing her Puma, Granddaddy, aunts, and uncles. Her godparents live next door so she gets to see them there, too. We also continue to make trips up to Pasadena to spend time with Nanny and Keelie's other sets of aunts, uncles, and her cousins Blaine (when he is home from college) and Macon. Nanny also continues to join us at the Disneyland Resort, where Keelie loves playing in the areas that are designed to be hands-on play areas.
Remember....you can see bigger versions of these pictures by clicking on them. 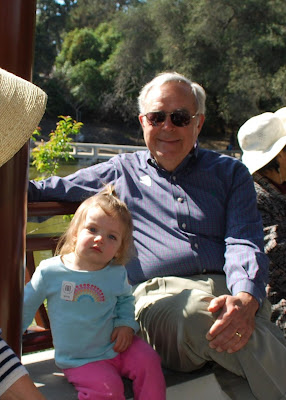 In early March, we went to the beautiful Huntington Library & Botanical Gardens with Grampa Pellman (above) and Grandma Kathleen. She's a docent there. Keelie loved it. 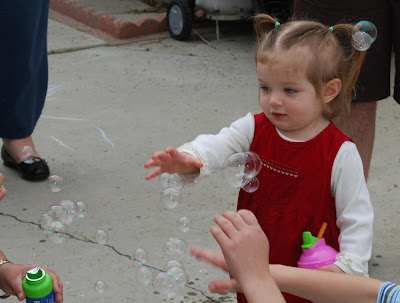 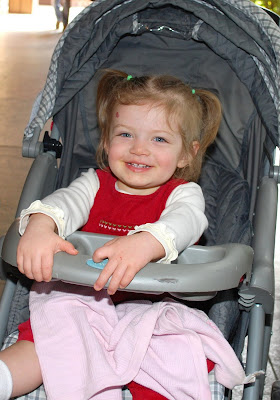 Keelie loves hanging out at Disneyland! 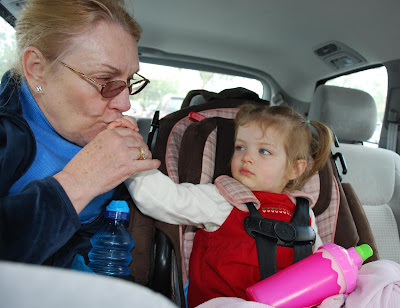 Above, we leave Disneyland with Nanny. Below, she enjoys candy while being held by her Uncle Chris. 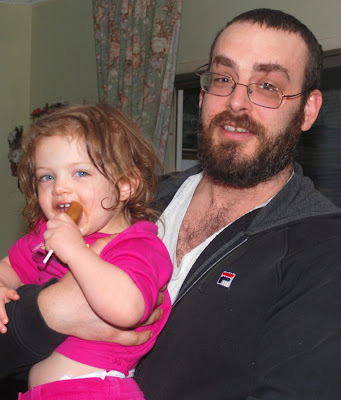 Keelie also loved going back to the Los Angeles Zoo in April, where we spent some time with Nanny, Aunt Kim, and Uncle Mike (along with her parents). 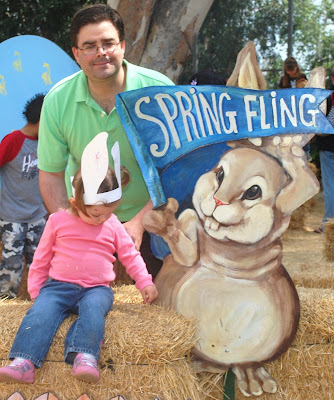 There she is below with Uncle Mike. It was Easter Weekend, hence the bunny stuff. 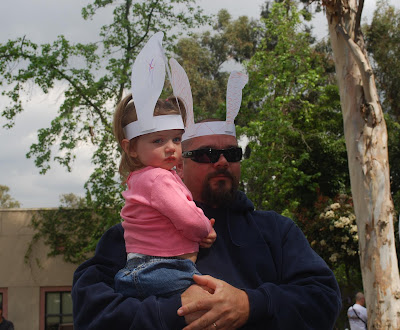 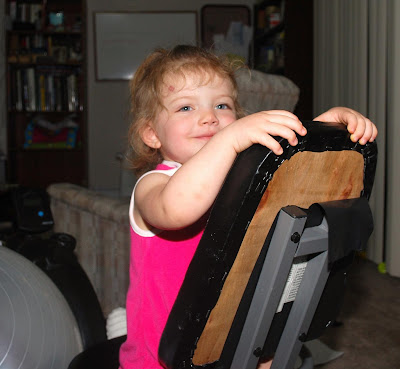 Kori and I recently hit the Newport Beach Film Festival – thanks to Kendra & Steve watching Keelie. You can read about that by going to my column. Kori joined me the first of the two nights I went, and we had dinner before the screening and caught up a bit with some friends we don't get to see very often these days. 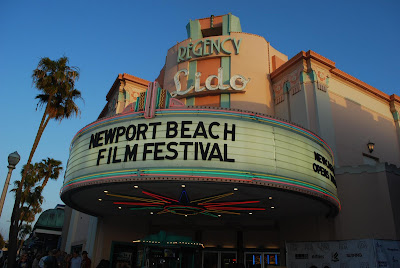 Well, that's it for this installment. Happy Mother's Day! Thanks for stopping by again. We hope all is well with you and your loved ones. Please let us know how you are doing and what you've been doing. Leave a comment here or contact us at KEPellman [at] yahoo [dot] com. Or connect to one of us on Facebook - the links are to the right. 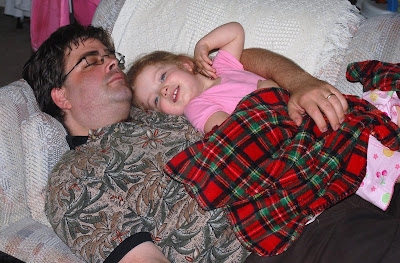 One of the best feelings in the world!
Posted by Kori and Ken Pellman at 8:33 PM No comments: