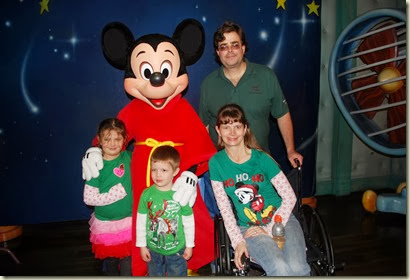 Wow, we left this blog without an update for an entire year! Blame Facebook. We regularly update friends & family there. If you still haven’t joined Facebook, well, resistance is futile.
In March, Kyle had surgery on his right eye for the condition he inherited from dear ol’ dad. He liked him some of that sedative, but he was none to happy when he came out of general anesthesia. The surgery worked, thankfully.
In October we took a weekend trip to San Diego to see some family in from out of town, and went to Legoland for the first time. 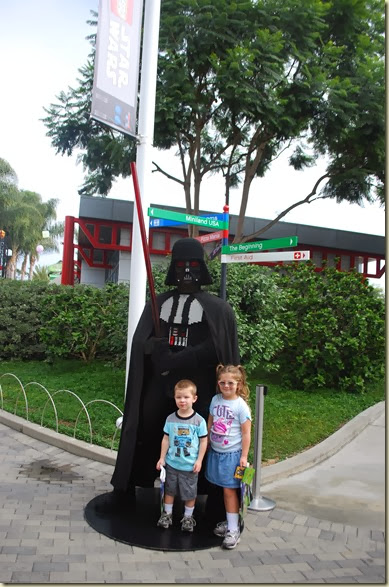 Bright and early November 1, we were privileged to be invited guests at the dedication of a window on Main Street, USA at Disneyland, honoring our friend Tony who retired from Walt Disney Imagineering earlier this year after a distinguished career. You can read more about that at my Kenversations™ blog, including the fun day we had at Disneyland after the ceremony, being escorted around like celebrities.
Here’s Kori with Richard Sherman, who along with his brother Robert, wrote songs I guarantee you know for movies, theme parks, Annette Funicello, and others (“Mary Poppins”, “it’s a small world”, the Carousel of Progress, “Chitty Chitty Bang Bang”, “Charlotte’s Web”, “The Parent Trap”) They are major characters in the movie “Saving Mr. Banks”, which is out now and I highly recommend. 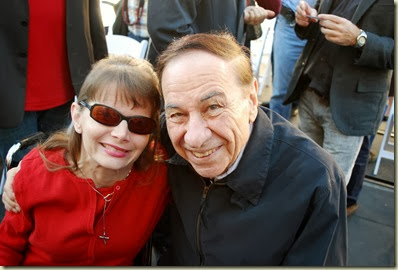 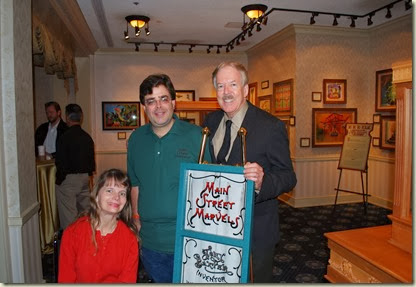 I had attended attended Tony’s induction as a Disney Legend a few months before at the D23 convention, which was held in our city. Every few months or so, we join a group or friends for dinner and movie viewing hosted by Tony.
“Hi Minnie!” 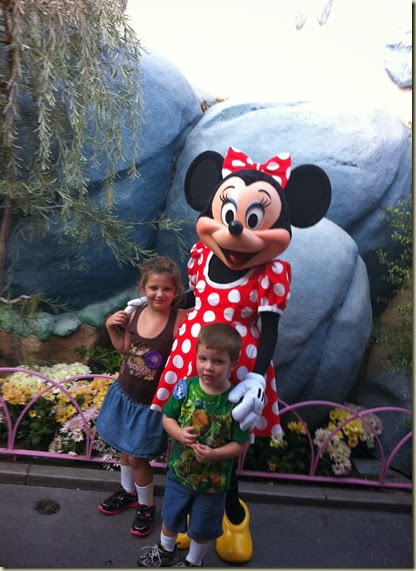 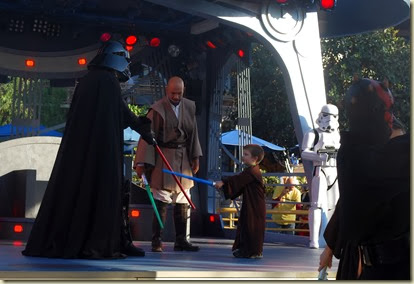 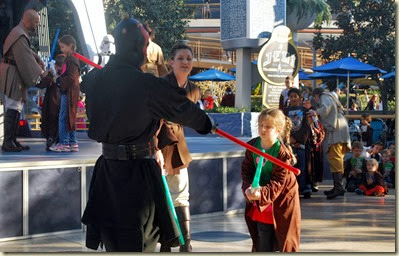 Keelie has this to say about visiting Disneyland:
“We visited Disneyland with the Lawrence family. We got to watch the fireworks, and we also got to be snowed on. All the people that hadn’t visited Disneyland before, but had been visiting Walt Disney World (which is kind of like Disneyland): Guess what we have in Disneyland that you don’t have at Walt Disney World? Instead of Expedition Everest, we have something called the Matterhorn Bobsleds. It’s really fun. We don’t have water parks like you do. But we do have something in Disneyland that is like a water park. It’s at A Bug’s Land, which is in California Adventure, which I know you don’t have. So you might might not have A Bug’s Land. There are little fountains that little kids can play in. But they need to wear their bathing suits.
“As you saw up at the top, we visited Mickey when he was wearing the Mickey’s Magical Map outfit that he wore in the show!
“We got to go on Space Mountain. It was fun for me, but I’m sure it was not fun for my best friend Audrey. I might be wrong.”

Kori and the kids recently got to enjoy the annual tradition of Teddy Bear Tea with my mother. 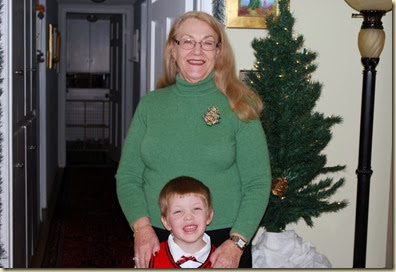 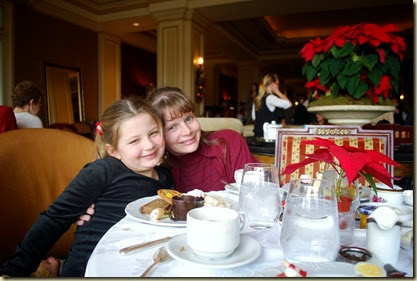 Kori continues to visit doctors to have her electronic pulse generator adjusted in an effort to find the best setting for deep brain stimulation. In that regard, it has been a rough year.
Kori also continues to homeschool Keelie, who can get through her coursework quickly… when she wants to.
Keelie is continuing with dance (tap and ballet). Kyle started learning martial arts in September, specifically Moo Yea Do. We have often talked with the Grand Master Tiger Yang himself. This is NOT Grand Master Yang… 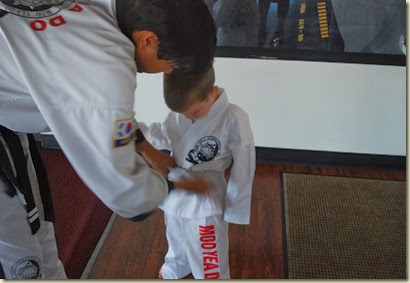 The kids really love swimming, especially Keelie, who never wants to leave a pool. I really need to make an effort to find them a place to swim in the colder months.
The kids love their time in Sunday school, and Kori takes them to various field trips and activities with some of the local moms and kids, and they make it up to Pasadena almost once a week to spend time with my mother, sisters, nephews, etc. Thankfully, Kori’s parents also live in Anaheim so we can see them regularly, too.
I became a sort of co-host on The Sweep Spot podcast. So if you want to hear me rattle on about Disneyland, you can do so by listening to the episodes on which I’ve appeared.
Other than what you see above, 2013 was mostly another boring year, which is good. Keelie turned 6, Kyle turned 4. We didn’t lose our house, I didn't lose my job, no major crimes were committed against us (that we know about), we didn't have to file a lawsuit against anyone, and the dog didn’t die.

~Merry Christmas~
“The Word became flesh and made his dwelling among us. We have seen his glory, the glory of the one and only Son, who came from the Father, full of grace and truth.” – The Gospel According to Saint John the Apostle, Chapter 1, Verse 14, New International Version
May your 2014 be one of happiness, peace, health, and prosperity.

–Ken, for the Pellmans of Anaheim
December 2013
KEPellman [at] yahoo [dot] com

[This was originally published on Christmas Eve 2013, but due to a technical issue was printed under a previous entry's URL.]
Posted by Kori and Ken Pellman at 8:55 AM

This story is a "keeper" I enjoyed it very much. Merry Merry. Have a sweet Christmas with your babes!